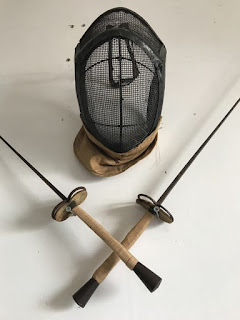 Any given day, scrolling a Facebook feed full of posts from magical and NeoPagan forums of varying levels of experience you have a fair chance of seeing a post in which someone describes having seen some sort of bird and wanting to know the spiritual significance of seeing a bird.

The correct answer is obviously: You live in a place with birds.

It doesn’t always make sense to try and find a spiritual significance to everything, but people sometimes do because they’re new and excited and they’re now paying attention in ways they didn’t before and so the ordinary seems extraordinary.

There are times when little things like this might have meaning. I was once hanging out with a friend who worshipped Hermes and had a living statue hosting a daimon given by Hermes. We had lunch by a pond and then walked the trail surrounding it. We noticed a turtle, then another, then another. Turtles everywhere. The significance? We were at a pond. Turtles are normal. But we were surprised by how abundant they were, so we counted how many we had seen to see if there was some Hermetic number. If they had been some peculiar number, or if we’d been in a place normally devoid of turtles, or if we’d just asked for a sign from Hermes and a turtle appeared, or if say a turtle carrying a harp rode up on a cow wearing sandals…it might be a sign. In the end, it was just a bunch of turtles. One of my favorite animals, in abundance, on a pleasant day, with good food, and the company of a friend. So, something nice, whether it had greater spiritual meaning or not.

If you hang around forums enough, you’re also bound to see people asserting to always look for a mundane cause before considering a magical one. Most things end up being completely mundane if we really examine them.

This is bad advice though.

We have to look at our situation, look at what we’re encountering, and determine which is important or if both are important, and how to respond to each element appropriately.

What got me thinking of this was telling a non-magical friend about a bunch of weird occurrences associated with the dead which happened a few years back. Yesterday, Jan 27th, was the 10th anniversary of the death of my fencing coach. He was a pretty awesome man who left a major impact on the lives of people he encountered.

He died just shy of three months after my father died. I was 28, my dad had died suddenly and unexpectedly, and less than 3 months in I was still barely beginning to process it and the adjustments it was causing for my family. Coach was killed in an accident, so it was also unexpected. I was coming up on my Saturn return (the funeral and my birthday were the same week I believe), and the year that followed was pretty intense.

By the time the second anniversary of Coach dying came around, I had made my way through most of the Saturnine effects and had begun to settle back in. But that day came with something that seemed super unsettling initially, but ended up being pretty nice.

Early the morning of the 27th I had come home from helping with an OTO 3rd degree initiation. I can’t go into details of the initiation, but it’s publicly known that the mysteries of the 3rd degree relate to the mysteries of death. My drive home was occupied with thoughts about how the dawning day was my coach’s memorial day and I was entering into that day with my head buzzing in a headspace concerned with death, the afterlife, and the continuation of our influence beyond death. It was weird timing for working that kind of initiation but in a way maybe healthy and helpful.

As I got to the door, my thinking stopped.

I was unnerved and confused.

Before I got to my door, I could see someone had placed something within the screen door, leaving it slightly ajar. Coming home in the middle of the night and finding your screen door propped open is a little unnerving on its own.

As I got closer, I found that it was two antique-style fencing foils. Decorative ones. I had no idea where they had come from. We had similar ones at the fencing club.

I considered driving to the club to see if someone had taken them from the club and brought them to me. I couldn’t imagine who would have had access and would have also known where I lived. I wracked my brain trying to figure it out. I wondered if I was experiencing the most miraculous haunting with materialization of antique foils. No answer that crossed my mind made sense.

Then I looked down and saw there was also a bag. The bag had a book I had loaned to a friend years ago, but he had lost. That same friend had taken my nephew to a Baltimore Blast (indoor soccer) game that day because I couldn’t attend due to the initiation. I calmed down and determined my friend must have left the book and the foils since I had not been around to see him when he picked up or dropped off my nephew. I called my friend later in the day and he confirmed he had left them for me. He didn’t know it was Coach’s memorial day, he had picked up the foils as a late Christmas/early birthday present for me and had figured it would be a convenient time to give them to me.

So, death initiation, memorial day for my fencing coach, and mysterious antique foils appearing in my door. Quite the string, but not the end of it.

Later that day, in the proper morning, one of my Uncles texted me to let me know he would be in town and had to drop something off for me. He and my cousin stopped by that afternoon and presented me with a framed double portrait. The portrait was a 16x12 image featuring two pictures of my father. One was the last serious photo taken of him before he died (about a month earlier) and the other was a photo of my father when he was 8 years old. My other Uncle had put it together for my Grandfather and my Grandfather had a copy made for me.

So, two points in that day which included gifts that were like touch points for the dead.

The foils and the portrait have mundane explanations. My friend thought the foils would be something I’d like; my Grandfather thought the portrait would be something I’d like. The mundane cause doesn’t invalidate the possibility of a spiritual cause. If the dead wanted to reach out and let me know they were there with me, these gifts showing up together juxtaposed to elements of timing that highlights them is a more elegant way than rattling chains at the foot of my bed.

The spiritual world doesn’t encroach onto our world, it is a living part of it that underlies it and helps to shape and build it. It interacts with us constantly and we with it. Not every interaction has meaning. Just like there isn’t a social implication that arises concerning each person we pass while walking down the street. But when those people intersect with us in meaningful ways there is some social consideration, similarly, when the spirit world expresses itself we shouldn’t write it off because we can see the mundane path it used. We can’t take this as an excuse to find signs and omens everywhere or paint ourselves with a gilded air of magical majesty and importance. We should be settled and reasonable but also attentive and engaged – we should be ready to be enriched by more fully noticing the small things which communicate the greater depth of the world to us.

Not every bird is a sign. But two ravens sitting next to a one-eyed vagrant under a tree on a Wednesday might be. In the right circumstance, despite the apparent means to explain them away, less spectacular seeming things might be too. Vast worlds can exist in small moments.