Strange and Norrell Tarot: The Childermas Cards of Marseilles 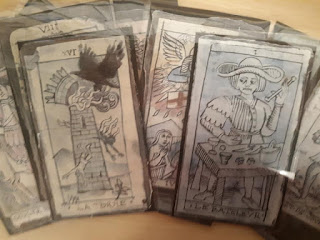 If you've been my friend on Facebook for awhile, you probably know that I was really impressed by Susanna Clarke's _Jonathan Strange and Mr.Norrell_. I was originally pointed to the book by a member of my local OTO lodge and kind of brushed it off (a mistake on my part), but I watched, and loved the BBC series. I've probably watched it five or six times now - fortunately it's not too long, despite how much content is there.


It does a great job of illustrating what I see as major issues in the "revival" of magic.

When you dig deeper though, there is a ton of really excellent thinking about magic and spirit work woven into the story.

I don't tend to read much fiction so I never got far in the book. But times I've flipped through it or times my friend has sent me quotes, there are so many things which really illustrate magic.

I even quoted it at the beginning and end of my first book, and I kind of view the magic of the Raven King as something likely not too far off from my view of things...at least the bits of it I've seen. 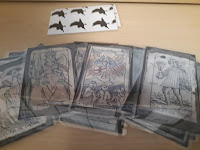 If you haven't read it or watched it I recommend doing whichever of those you would prefer. But this post isn't going to dive into the magic of the book.

BBC really missed the boat, because they made a beautiful rustic version of the Tarot of Marseilles for the series, and there is a good story and a great character its presence attaches to, and cool scenes using it. But, despite all that, they did not release a "Childermas Tarot" or "Strange and Norrell Tarot." It would have been a huge hit I think, even with Tarot traditionalists.

Even the images of the cards visible in the show don't seem to have been collected to make a printable tarot set.

I decided I wanted to make a set for a friend for a gift recently. He loved them. 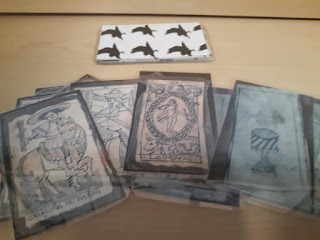 To make my set I collected the various images, tweaked a few of them, and set them as 3x5 images with 4 images per 8.5x11 page. I then printed them on cardstock, and then printed a raven pattern on the back of the card stock.

I cut each of the 16 cards out, and took self adhesive laminate and laminated four cards per pocket. Then I cut the laminate out around the edge of the cards and had a wonderful pack of 16 tarot cards as a cool piece of Strange/Norrel show gear.

I will probably make myself a set and one for a friend who hopefully I'll see later this month. For everyone else though...I wanted to share my files so everyone can have a lovely print at home Childermas Tarot.

Obviously the artwork here belongs to the BBC. It is all over the internet and hopefully they don't mind it being shared this way. More importantly, it is my hope that should Susanna Clarke learn that people want Childermas Tarot decks, she will like how awesome people find her characters and how much people recognize the magic present in her work.

My standard links for checking out my books and supporting my blog are present on this post, but I want to clarify, this isn't my artwork, any support you're showing if for the efforts of this blog. If you want to support the artwork, buy the DVDs of Jonathan Strange and Mr. Norrell, or Susanna Clarke's books, The Ladies of Grace Adieu, Jonathan Strange and Mr. Norrell, or Piranesi.

The files will appear at the end. 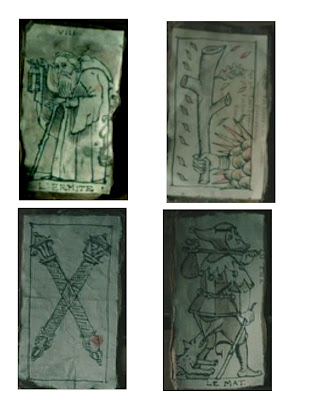 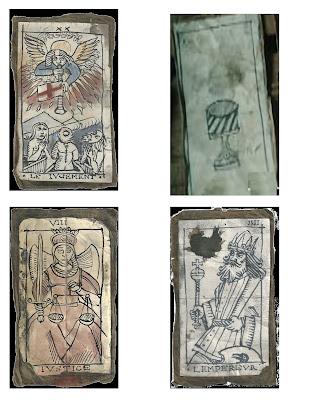 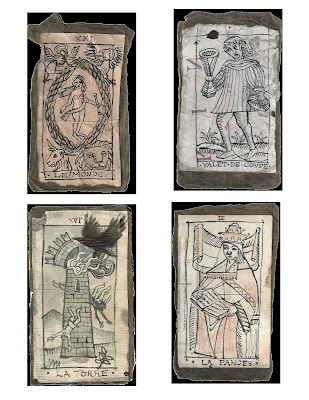 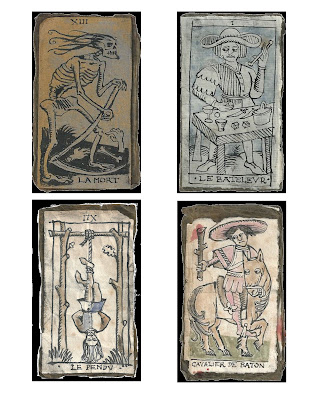 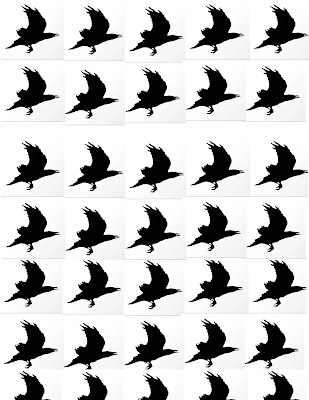