Considering an Act of Magic 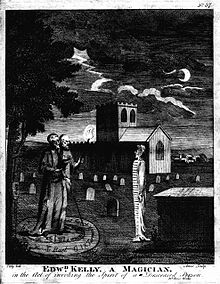 So, in our previous post I noted that in today’s post I would provide some information on my new book, Luminarium: A Guide to Cunning Conjuration. In short, the book is a quick read, my test readers were all done it within a couple of days. The goal of the book is to give magicians a system they can use and begin doing conjurations with very little prep time. Reading the book, gathering and preparing the materials, and preparing yourself could all be done within a few days to a week – even if you’ve never done magic. Its goal is to help get new magicians off the sidelines, but also to provide a new and empowered way, drawing on old and traditional techniques, to give those already experimenting with conjuration a simplified and powerful method. The method essentially uses magic to augment the preparations and the conjuration itself to make things simpler and more accessible for the magician.
Here is some initial feedback the book has gotten:

“I think it absolutely is fantastic this is so much needed and I think this is going to be really ground breaking and game changing.” – Anneliese Anthoinette

“I had recently petitioned Hekate to assist me with opening the ways to contact my HGA. My first go-around attempt a few years ago did not go well and I did not make it to the rite. The prayers and directions in your text were exactly what I was looking for to start a different approach!” – Jonathan Masters
“All I gotta say is.... WOAH. That was powerful. And I am buzzing. Also, some real interesting physical manifestation stuff happened” – Alexander Deckman

“I’m really excited for people to read this.” – Aequus Nox