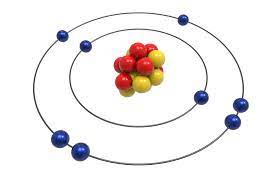 When I was 19 I began writing a comprehensive cosmological structure for considering magic. Many people thought it was a really good and thorough explanation...but several asked "how is this different from models of magic, it accounts for energy, spirits, psychology and everything else?" My answer was that it was the opposite. Instead of saying none of these are true, but we can behave as if they are when convenient I approached things from the perspective that all of these things are true consistently. Rather than our beliefs determining the language by which we approach things, the reality of our circumstances determines the nature of the phenomena we are experiencing.

The specifics of the worldview I outlined there aren't really important for this discussion. I have - as is probably evident to anyone who has read much of what I've written or interacted with me online - continued to hold the view that reality is real and our perceptions and experiences are based on the interaction of our personal histories with the objective influences of that reality.

As such, in the last few years, I have frequently suggested that we've hit a point in our collective development of occultists where we have outgrown models of magic. I do very much feel that when people try to seat discussion of phenomena in that framework...it often no longer fits how they are actually approaching magic, and it mostly leaves us stuck in something that was really useful 20 to 30 years ago but is significantly less so now.

I made a couple comments in a forum today and I felt like they really addressed my thinking on this matter, so I felt I would share them as a short post.

Someone asked, what is your preferred model of magic?

The beautiful, vast, living world teaming with spirits, stirring with energies, experienced through our minds, organized with information and language experiencing the dynamism of motion as it moves through the exchanges of construction and destruction, order and entropy is after all the concept which is central and dear to everything I advocate. A complicated, nuanced universe of multitudinous elements which would probably be simple if we were vast enough to comprehend it...and which is more than anything, beauty itself...is my Platonist cosmological safe space. (It is also a space which allows for stars deep in the darkness of the earth birthed from its rich sorcerous bounty...before anyone is put off by my Platonism.)

My brief answer, might be a little sassy. It addresses the idea that models of magic fail us when they put pragmatism over engagement to the point that we compartmentalize and shrink the world strictly to the space of our imaginations rather than grabbing hold of what it is. It didn't address the idea that models of magic might be intended as a language for understanding phenomena. I think it fails as that because it is usually fixed on negating the real in favor of belief and perception, or even negating perception in favor of intention.

The person who asked the original question responded asking about how phenomena we experience may relate in their presentations to our expectations and assumptions. This is a really important question in understanding the role our minds play in everything we experience, not just the ephemeral. It does play into models of magic, do we experience spirits because we expect spirits or because spirits are there? Do we feel energy because energy is moving or because we were taught the energy model?

I think some of that can break apart as we break apart the idea of models. I think the trap inherent there is part of the issue with getting stuck in models...and it's a trap we see people in European Traditional Magic communities fall into when they reject "modern" models of magic and assert only this one "traditional" model is ever true in all instances.

My answer to how the language of our expectations guides our experience of phenomena was the part which I felt really summed up my issue with models and was what led me to wanting to share more broadly than a comment on a forum thread.

"Generally the language of imagery through which our minds interpret non-physical phenomena (whether we're talking magical, spiritual, mystical, psychological, or neurochemical) by necessity takes the form of our own experiences, expectations and internal semiotic vocabulary.

Regardless of that, each thing can be itself and the universe can have room for all of them without us needing to try and parse them into disconnected models and incomplete paradigmatic structures.

I think the idea of models of magic was useful for a little while in getting people thinking about how just because we can use a hammer doesn't mean everything is a nail.

I think it holds us back by telling us everything can be a nail if we believe in the hammer enough but nails can be screws if we really want them to be and sometimes if we just imagine glue hard enough maybe things will behave like we have glue, or at least we'll feel like we had glue and that feeling is enough.

I think we can build bigger better richer more interesting things when we learn to navigate actual nails, screws and glue and figure out how to get the one we need and how to use it in the right scenario and address what is as what is rather than fixing on how we perceive it and whether the language by which we discuss it fits to what we'd like to believe.

Too often that latter approach devolves all the models into a psychological one which tends to bypass most effective action for reflective experience."