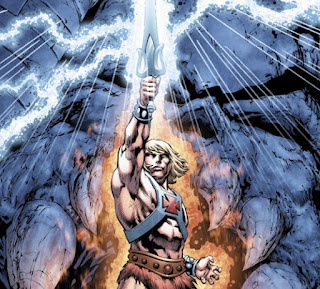 Someone reached out recently and asked about how my work as a fencing coach impacts my work as a magician. I think he was concerned that the question was overly personal, but it was really a very fair question. The concern that it might be too personal of a question kind of helps bring up what I want to talk about here.

People have asked this question a few times. I think a lot of people who know me via social media like seeing me talk about my work coaching and little stories I tell about the athletes I work with. Fencing is an unusual activity, less than 20% of Americans have ever tried fencing, and while it is more common in some parts of the world, it's still not an everyday kind of activity. Magic is also something that isn't super common in most places. It's probably natural to assume if I have these two unusual activities that they dovetail. I've had magicians ask me about teaching classes on the spiritual elements of fencing or on how fencing philosophy and magical philosophy and practice go together.

The issue there is that they really don't align in any special way. Fencing doesn't have something like Bushido so we don't have spiritual elements. When I briefly took some iaido classes, there were interesting things where the kata related to particular directions or to particular bodhisattvas. Fencing doesn't have anything like that. Modern Olympic sport fencing is pretty purely a sport.

Does that mean that there isn't an overlap between me as a fencer and me as a magician?

On a very surface level you might point out that I have incorporated asana, pranayama, and vipasana practices into working with my fencing students - and in a couple examples drawn inspiration from Kinhin as well. This isn't really because I'm a magician though. We actually studied all of these things in high school, so I could have been familiar with them even if I wasn't into magic. They probably stuck with me, and I explored them more deeply, because I was into magic. Many of these ideas are incorporated by lots of sports coaches though. Aladar Kogler, a former Hungarian and former national fencing coach and international competitor, wrote as book called _Yoga for Every Athlete_. Ironically, I believe it may have been one of the last books I bought which was published by Llewellyn publications.

Does the fact that these things are utilized by other coaches who aren't magicians mean that this is not a point of overlap?

The thing is, magic is not a costume I put on and go parade around in on certain days or at certain times. Fencing is also not a costume I throw on when I want to express some flamboyant romantic artistry of the sword. Both are things which are core parts of who I am. I'm also someone who grew up in boy scouts and went to a prep school. I'm someone who maintained investment and financial planning licenses for over a decade and worked in those fields. I'm someone who went to college for film, and for history, who also took a lot of traditional art classes in high school.

All of these interests and experiences shape who I am. All of the activities I do, and encounters I've had through these pursuits shape who I am. The way I've had to solve problems as a fencer, as a coach, as a financial advisor, as a manager, as a magician, as a member of a fraternal occult organization, all of these shape who I am. Who I am shapes how I think, how I respond to things, how I look at and understand things.

My mom has said I was a fully formed person from the time I was an infant, with my personality already set. So maybe some parts of me have strongly been there since the beginning. But like all people, each little tick and tock of time against my being carries with it a myriad of influences and elements which might chisel and reshape elements of how I comprehend and respond.

I could probably dig deep and say "I tend to look at things this way because I'm a magician," or "being a fencer makes me think about problems this way," or "being an advisor makes me focus on solutions this way." It would probably be easier to do when making a choice about a particular situation I encounter and unpacking how I experienced and thought about that situation. On some level, elements of 's Liber ThIShARB and the Oath of the Abyss can play into this kind of self analysis.

I think we often think of magic as something special. Being a magician is something we think of as special. I think magic becomes more powerful and meaningful when it isn't special, when it's an element of our lives that we interact with, address, and use like we do any other element of our lives. When magic is woven into who we are as a person just like our relationships, our taste in movies or food, our sense of style or how our occupations can influence who we are when they are the right occupation...magic has the opportunity to thread itself throughout life and interact with your life more fully. I think growing to look at it and experience it this way can be a great and meaningful goal to achieve.

I'm writing this post the night before I'll be celebrating a big birthday (although the birthday comes a few days later), so, an even better time to show support than usual. Sharing a post or a link to one of my books is a greatly appreciated option, and you can of course pick your favorite post if you'd like to share one other than this one.