The Real Secrets of Magic 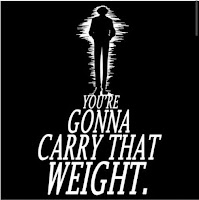 A couple months ago a message board had a question about magical secrets, and whether or not real secrets still existed. They do, but not in the way they were intending the question. They exist in an experiential and contextual fashion rather than things that can be written down and read in books.

There is one important element of experiential secrets that tends not to get talked about. Even people who discuss the nature of initiatics or of the power of experiential mysteries don't talk about a particular sort of secret experience.

In life we all do countless things, and have countless experiences, each with their own consequences both small and profound. People at times talk about the secret life of magicians and initiates, in the sense of exploring deeper planes of reality and hidden things other people don't consider or don't see. With this secret life we experience knowledge, responsibilities and consequences outside of the range of experience of the average person. The propensity to experience wonders, and things of immense consequence both good and bad easily leads to experiences we can't tell anyone about. Things which might be immense, which might really affect us, but which we must deal with alone.

The true secrets of magic are in the the immense power magic holds, and the things it allows magicians to do, that we don't ever tell anyone, and the ways in which these experiences and these secrets shape us.

When I was in college, I took a class called Philosophy of Parapsychology. In it, one of the frequent topics addressed was “fear of psy” it was the idea that people with psychic or paranormal abilities may not be able to repeat them because once they exhibit a power or manifestation that is clear and potent enough to assure them of the reality of the ability the question of responsibility and consequence arises. Once you know you can move something small with your thoughts, or can hear what someone else thinks, you have to ask could you hurt someone with that power? Or if you know something you shouldn't be able to know, and you don't act on that knowledge, are you responsible if someone gets hurt? The idea in Parapsychology seems to be that this concern over responsibility for consequences is crippling to the average person. Most people don't want that level of power.

The same thing comes up in magic. You'd think people seeking out the power of magic instead of just stumbling on it would have addressed that concern prior to beginning. But there is a big difference between the idea of power, that in your heart you probably don't yet believe in, and being faced with the realization that you can really do some amazing stuff. Faced with it, not through some intellectual ascent, but because you experiment, you try things, you plumb the depths and bring back some proof of power. Something you can't un-see, something you can't unknow. It's there. Power is real. It's in your hands. Can you handle it?

A lot of people can't. So a lot of people get involved with magic for reasons related to image, or to a feeling it gives them, or for psychological or emotional empowerment, or to have a community. Many of them believe they are magicians wholeheartedly, but they give lip service to the reality of magic, or they redefine magic into something more comfortable, more convenient, more whitewashed, more powerless. Some of them don't even give lip service to the reality of magic, some of them downplay it, or avoid the topic, comfortable with the use of ritual drama simply used to fulfill emotional or psychological needs.

The truth remains, that magic is real, and has the ability to exert real world power. There is a difference between accepting that from people telling you, and from knowing it because you've seen its power to destroy or create on massive levels. A small spell to help ease financial problems, or to get over the flu faster might not be deeply convincing or might be easy to write off. You tell yourself you did it, you feel good, but in your mind you think even though it makes sense that the magic worked, how can you really know? You know by moving forward, experimenting, pushing deeper, until you have unquestionable results which change your view of yourself, your capabilities, of magic and of the world.

But when this happens...

A lot of the time, those things which most easily shake our reality, and which shape our view are the things which we wouldn't want others to know. Those deeply personal secrets of how we fucked up, and something went wrong. Or of how we made a choice, a choice which maybe we regret, or which maybe we're a hundred percent ok with, but other people wouldn't be. We hold onto those secrets, and they build how we see the world and how we understand magic. More so, they reshape ourselves. We hold with us all the great things we've done, all the ways we've helped people, and we hold with us the ways we've hurt people, intentionally, unintentionally, as collateral, sometimes on the road to doing great and wonderful things.

We question who we are, what we did, and what it means for our lives and the lives of others. We question who we can tell, who we can't, who would believe us. This part of the inner experience of the magician, this is part of what's important, but we don't get books, or clubs to hold our hands through it. We have our inner guidance, maybe our close friends, but that's about it.

Some of us run into something bad, and it shakes us and we have to turn from it. Some of us try to turn from it but the reality of magic is so a part of our consciousness that we never really make the turn. Some of us come to a point where we are able to accept whatever happens, process it, and move forward, because, not being magic isn't an option.

So in the end, some of the secrets of magic, the real secrets, are those moments, those experiences, which teach us individually as magicians that magic is in fact real, powerful, and undoubtedly present within our lives. As long as real magicians are doing real magic, there will always be secrets left in the world of magic.